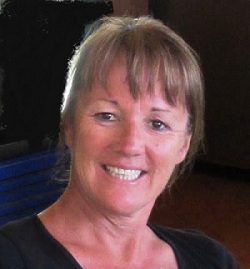 The Peaceful Runner would like to welcome Online Running Gear's publisher, Jacquie Cattanach, for an interview. Jacquie has been running for over 27 years and she manages the Online Running Gear website and blog. The site and blog together provide excellent in-depth reviews on running products and accessories for runners as well as great race reviews for races all over the world.

Jacquie has completed a total of 15 marathons and many 10km races and half marathons. She has also completed three half-Ironmans and the Ironman Canada.

Please join us as we interview Jacquie Cattanach to learn more about her many experiences with running and racing.

Q. Thank you Jacquie for joining us today. You have been running for such a long time. Why did you decide to start running and what keeps you so motivated to continue?

A. I was always fitness oriented, belonging to sports teams and attending aerobics classes. However, I was also a moderate smoker which didn't jive with my fitness lifestyle. So, when I made the choice that I was going to give up smoking, I decided to take up running at the same time. Not only because I was interested in running, but I also felt that running would keep the extra weight off that I might struggle with after quitting smoking. I successfully gave up smoking and never gained a pound.

My motivation to run is simply the many health and fitness benefits that running has provided over the years. At times I have to push myself to get out for a run, but I always feel great when I've completed it. That feeling lasts all day and also helps motivate me for my next run. I also get really motivated by achieving different running goals that I set for myself.

Q. You have completed a number of marathons. Is there one in particular that you have enjoyed more so than others and would highly recommend to our readers?

A. My favorite marathon has been the Big Sur Marathon, which I completed twice. The route is along the Pacific Coast Highway from Big Sur to Carmel. The scenery is just amazing and the support was awesome as well. Even walking around Carmel or Monterey after the run, sporting the marathon finisher's shirt, strangers came up to congratulate us on finishing the marathon. It's a very challenging course and not one to enter if you are hung up on achieving a best time.

Q. On your running gear website you have an impressive marathon directory that covers the United States, Canada and International marathons. Is there a particular marathon in your directory that you have your eye on and would love to run?

A. Yes, the Dublin Marathon. I lived in Ireland for 5 years in my younger days and I return quite often to visit. Ireland has a special place in my heart and I would love to (and will) complete the Dublin Marathon one of these years.

Q. You have completed so many races over the years. I am sure that many have involved travel. Some runners like to travel and race in a new city or country while others don't like to combine racing with travelling. What is your preference?

A. I LOVE traveling, so I would have to say that it's very exciting to take part in destination events. But logistics and finances come into play, which makes it not always possible to travel to different races.

Q. Completing the Ironman Canada is a remarkable accomplishment and must require extensive training and preparation. Can you tell us why you decided to do this particular Ironman and how you trained for such a challenge?

A. Other than running, I also got into the triathlon scene for many years, participating in sprint triathlons, then full-length triathlons and ultimately completing three half Ironmans. The next logical progression was to complete an Ironman. I guess it's my competitive nature that keeps me looking for a new challenge.

Although I've had many running partners, my true running and triathlon partner throughout the years has been my husband, Dave. We chose Ironman Canada because we live approximately a four-hour drive away, so it made it easy to travel to Penticton for weekends and train on the actual course.

We have also followed and supported Ironman Canada most years and typically know participants that are competing. We also love being part of the cheering section.

Training for Ironman was intense. We had a good starting point because we had competed in so many triathlons and half Ironmans prior to signing up for this Ironman. Training really started about a year in advance (right after we had signed up and committed). I read the book the Triathlete's Training Bible by Joe Friel and we followed much of the advice and training plan that was set out in the book. We also joined a Master's Swim Club, which was a lot of fun.

Q. In your Online Running Gear Newsletters you mentioned that during the past year or so you developed an injury that has prevented you from running for a period of time. Many runners experience great distress when they are forced to stop running. How did you deal with this setback and how were you able to maintain your fitness during this period? Do you have any advice to give other runners who want to stay positive and continue to exercise when injured?

A. I didn't handle it very well in the beginning. My plantar fasciitis ended up being much worse than it should have been had I stopped running sooner. I continued to run basically until I couldn't walk, which was really stupid of me. Being my first real injury, I think that I just hoped that it would go away on its own. Even after I stopped running, I wasn't very disciplined about sticking to a recovery regime. It was only when I got real serious about wearing a night splint, icing, stretching and wearing proper inserts regularly that my recovery started.

During my time off running I followed the P90X Program. I had been wanting to try it since I wanted to work on more upper body strength. It sure wasn't the same as running, but I got my upper body in better shape than it had been in for quite some time. Looking back now, some of the bouncing exercises weren't good for my foot though.

For runners, I think it's really hard to stay positive when they are not able to run. But my advice would be that if you are injured, catch it quickly, be serious about your recovery and find an alternate exercise to stay in shape. There are plenty of varieties of exercise equipment that don't impact your body like running does. Another great alternative is deep water running.

Q. Often when a runner develops an injury, they can look back on how it happened and determine what went wrong. Was it like this for you or was it something that "just happened?"

A. The only thing that I can pin my injury on is that I had bought and was using a new pair of running shoes which were totally different than what I had ever ran in before. They were more of a minimalist running shoe. I know this is contrary to popular belief about barefoot running and minimalist running, which in theory makes sense to me. All I can say is that this was my experience and I think I will be opting for a running shoe with proper support from now on.

Q. One of your goals has been to qualify for the Boston Marathon. We realize that the injury you suffered has interfered with your training schedule. Are you still hoping to run the Boston Marathon and do you have any other goals you are hoping to achieve in the near future?

A. Yes, I would still love to run the Boston Marathon and I also hope to do another Ironman. At the moment though my focus is for 100 percent recovery from plantar fasciitis. I'm almost there and I hope that in the very near future that I will be able to start increasing my mileage again. If I recover enough, I hope to run a half marathon early 2012.

Thank you Jacquie for your story and experiences with us. Your love for running and adventure is truly inspiring. We wish you a full recovery and wish you good luck with the Boston Marathon and your next Ironman. We look forward to hearing more on your running adventures and seeing more great reviews on running gear and accessories on the Online Running Gear website.


Back to Running Interviews 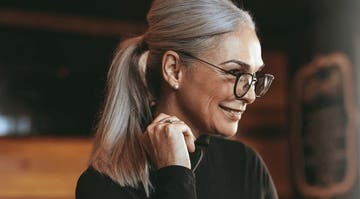 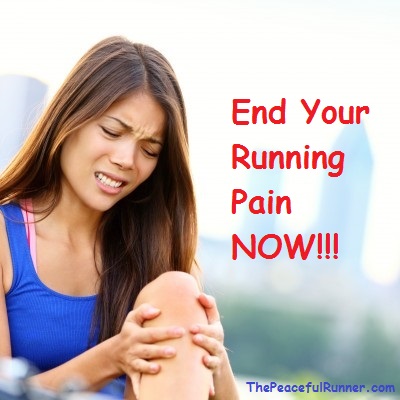 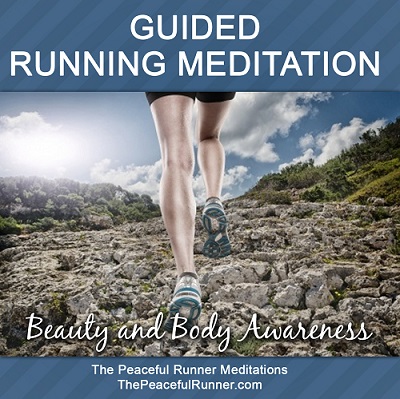